The truth was Simons life had completely changed since the Body Balance 2500 had arrived in his home. Simon being a bit analytical had put in place a few measures to help him remember and also help him compare each type of mattress.

• How much longer was he sleeping
• How fresh he felt each morning (he put this on a scale of 1-10)
• How much more relaxed and better at coping with life he felt
• How much better he was at doing his job.
• How much weight he lost and his BMI.
• How much his stats had improved at the gym.
• Ho much happier he felt

Better concentration since sleeping on the new mattress

Simon was feeling much better about most things. For a start he was sleeping well, for much longer than he had ever imagined. Since the Body Balance 2500 had arrived things at the office had become a lot easier for him to cope with. His mind had been much clearer after the first night on the new mattress and he’d found himself being able to concentrate better than before.

This hadn’t gone unnoticed at work, his boss had commented on how much calmer and in control Simon had been with his job. His work colleagues also noticed – some of them had been used to hiding behind Simons not so good approach to work. However with Simons improved concentration on his job, other people’s poor work was now being exposed.

What differentiates the Body Balance 2500 from most other mattresses is the Breathable Cool Gel Lay-Tec fillings which help to maintain a healthy body temperature. Simon noticed this straight away. The latex topper definitely kept Simon cooler during the night. A latex topper in a mattress is a definite consideration for someone who is a warm sleeper.

The new mattress improved Simons performance at the gym

At the gym Simons KPI’s had improved. He was able to run further on the treadmill, he could row further and faster and best of all, after he’d worked out at the gym he didn’t feel out on his feet, he had to admit that he actually felt invigorated. He couldn’t believe how wrong he’d been for all these years about quality mattresses. 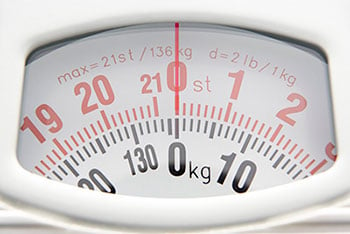 est of all, Simons weight had gone down by quite a few pounds. Since he had started sleeping on the Body Balance 2500 he had lost 5lb’s in weight simply through sleeping for a full seven or eight hours a night. He knew there was more room for improvement and luckily he was going to get the opportunity to try more of these luxury mattresses.

BMI and a new mattress

According to data about overweight problems in society, Simon had measured his BMI (body mass index, click-here to calculate yours) before he went any further with the mattress experiment.

He was shocked to find his was way over normal, it was 32 at the start. He hoped these new mattresses would have a lasting effect on his BMI. He decided the final measure he was going to put in place with all the other measures was his BMI. He also wondered which mattress he was going to be testing next.

To find out more about Revivals collection of mattresses, bedding, wooden beds and bedroom furniture, click on the link below to download your free brochure.

Julie gets to grips with memory foam mattress This was a completely new world for Simon. Testing mattresses in his spare time with a female work colleague…what would his...
READ MORE 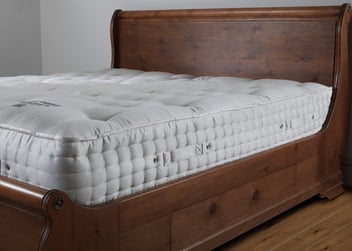 Are You Sleeping Comfortably? Simons inbox read ‘Are you sleeping comfortably’. Well he had to admit for the past four weeks while he had been on the coil sprung...
READ MORE